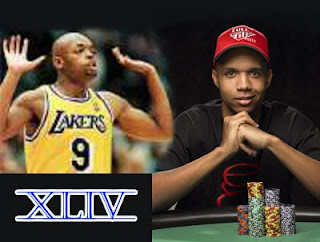 In Superbowl 44, the Conference Champ and #1 seed will feature a Reggie (Wayne and Bush), a Pierre (Garçon and Thomas), a Peyton (Manning and Sean Payton) and a Boilermaker QB (Curtis Painter and Drew Brees). New Orleans Saints have 2 Hoosier return specialists: Tracy Porter playing CB and Courtney Roby. The kickoff return man has multiple touchdowns this season after being released from the Colts early last year. Further making Roby a local icon: he graduated from North Central (attended Lawrence North), has siblings at IU, Cathedral and Carmel - and also lives in Geist.