February 29, 2008
The Indianapolis Colts enter the free agency signing period this morning with no intent on snatching-up any marquee players. In fact, since 2003 only 1 NFL free agent has been offered a contract by the Colts (Adam Vinatieri). The Colts draft so well they don't have to scramble for talent, and thus eliminating any risk of grabbing a player in haste. 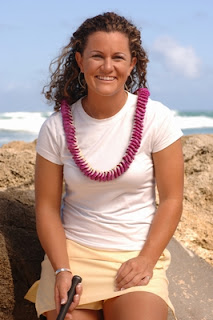 Are the Indiana Hoosiers looking for a new head coach? That all depends on how well Dan Dakich's team performs in the NCAA tournament. He's probably more than capable of coaching this squad, but I fear IU is looking for a big-name hire to lure the top recruits. If we've learned one thing from Purdon't this year is that you can put together a no-name-team of underclassmen and still contend for the conference title - as long as you emphasize the fundamentals like defense and ball control. Of course, these players aren't really 'no-namers', they're actually Indiana HS All-Stars, but the point is IU doesn't have to shoot for the moon to win. Prominent names that have been thrown around include Thad Matta, Rick Pitino and Rick Barnes. Lesser-known candidates on the radar include ex-Boiler Kevin Stallings, Washington State's Tony Bennett, Wright State's Brad Brownell, Baylor's Scott Drew and Xavier's Sean Miller.

The Indiana Pacers are dealing with more off-court troubles now that Shawne Williams' pal has been arrested for a Memphis murder. This news comes after a report that a woman was raped at Marquis Daniels' home last month, David Harrison failing a 3rd drug test, Jamaal Tinsley the target of a drive-by, Williams arrested for having no license/expired plates/possession of gun & weed, JT and 'Quisy beating up a club owner, Stephen Jackson firing a pistol and kicking a retard... and all this after the infamous brawl in Detroit. We make the Bengals look like choir boys.