Josh Hamilton and Edinson Volquez - where are they now?

May 28, 2008
Last December, the Reds were desperately seeking a pitcher to join veterans Aaron Harang & Bronson Arroyo and young studs Johnny Cueto & Homer Bailey in the starting lineup. They also had a plethora of talent in the outfield; Adam Dunn and Ken Griffey, Jr covered the sides while Norris Hopper, Ryan Freel and Josh Hamilton rotated in and out of centerfield all season - all while Jay Bruce (OF) had just won Minor League Player of the Year. Then this happened. 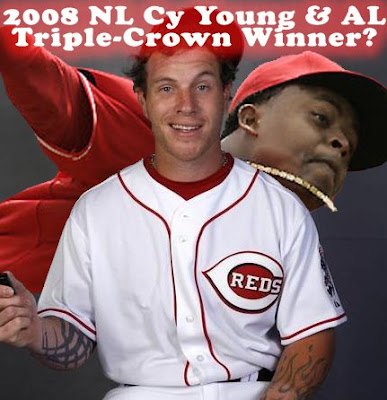