June 03, 2009
The former Patriots and Chargers safety has announced his retirement after 15 seasons 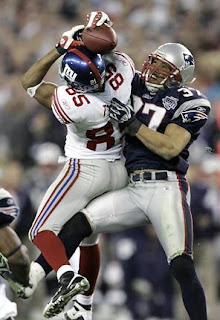 in the NFL, and now plans to join Tony Dungy in the booth at NBC.The 36-yr-old holds an NFL record 30½ sacks for DBs; and has 34 ints, making him the only player with 30+ of both. While he has been voted to the Pro Bowl twice, he's also been widely regarded as the league's dirtiest player. He's been fined over $200K for what he calls "passionate play", including the helmet-to-helmet hit on Jerry Rice. In 2007, he was suspended four games for using illegal steroids. Hall of Famer? I hope not