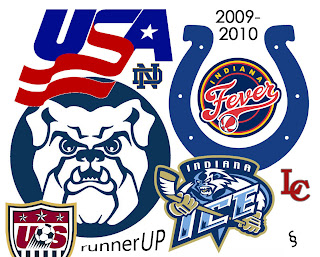 So far in 2010, Lawrence Central has lost to Brebeuf 3 times in County, including runner-up champions in both Golf and Baseball. Sure high school is a much smaller scale than the NFL, Olympics, NCAA basketball, WNBA, Confederation Cup and yes, even minor league hockey - the commonality is they're all teams in the § galaxy that have been to the championship this past year only to lose.