My NYE weekend in Chicago

January 02, 2006
My roommate & I were planning on a New Years Eve party at our condo, but it was gaining meager interest so I made a few calls and discovered Indianapolis sucks on NYE (It only took me 23 years to figure that out) and the only logical thing to do was a roadtrip to Chi-town. So with a full cooler of beer, we headed north on I-65 at rushhour. We soon hit standstill traffic 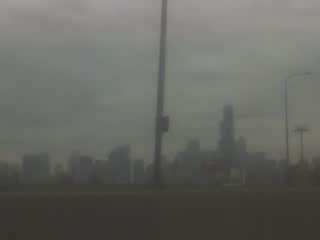 but entertainment was provided by some college girl and Nate exchanging numbers on the interstate highway ("Hey! What's your number? You're hot.") - which later proved to be the number of a terroristic family from Quebec. Less than an hour into the trip, everyone has to pee. We get off at the next exit and do our thang, but there's fuzz blocking the on-ramp. Apparently there's an accident holding up the traffic and we cannot re-enter I-65. So while driving thru Layfayette, we understandingly drink more. 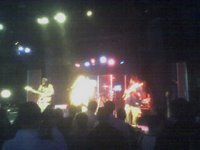 A few hours later, we arrive at Chicago, where I was brutally reminded why it's called the Windy City.
We spent a majority of the night at The Cubby Bear in Wrigleyville where some group called 'Mer' performed. They had a good track, and that was their opening song. Blech. I wish I'd been there a week earlier to see 17th Floor. And yet again, Nate is getting girls' numbers w/ lame game, but it's still sharper than what he's recieving: "My best friend's brother is the lead singer!" and "You're the hottest guy I've seen in Chicago!"
(Remind me to grow 4 more inches so I can become instantly "hot"). 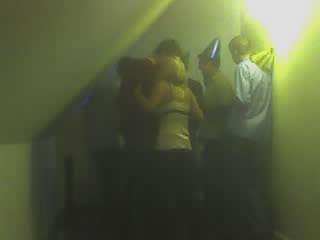 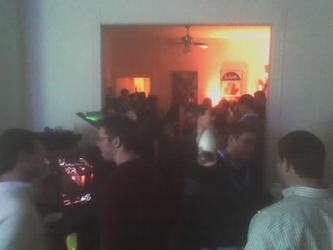 Ransom and Nate persuade me to catch a cab with them uptown to visit a lady-friend they met earlier that night. After getting buzzed in, the doorman says to us "tell her this is the LAST TIME" - a sure sign that we're going to see a prostitute, right? Nope, just a lot of champagne and tunes w/ some hot 20-year-olds. I don't remember at which point I passed out, but I do remember waking up to fun-bags 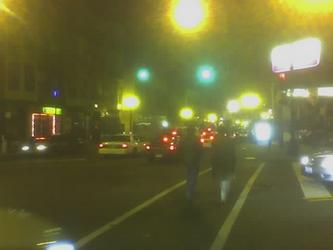 McGee blowing some mary jane into my face; "Sweet sassy molassy - I'm up. I'm up!" My game at 6am isn't exactly akin to my game at 11pm, but it seemed like it was working. Turns out I was shamed earlier by some eyeliner, but didn't know it until the crazy cab driver said something.