Assembly Hall should be named after RMK 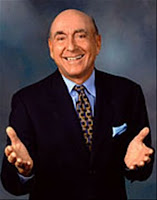 Other than it being beautiful architecture, the storied arena has bred a few national champs, a dozen league titles, numerous All-Americans, a 55-game winning streak, NCAA's last undefeated season, and countless electrifying games. Like when Marco scored 34 points over Josh McRoberts, Defensive PoY Shelden Williams and #1 Duke; or Kirk Haston's game-winning 3-pointer over #1 MSU in 2001. That next season, Indiana fans led the nation in attendance on their way to the NCAA Championship game. Just like in 2005, when IU led the nation in soccer attendance - and then Yeagley's squad won the National Title the season after he left. Another cawinkadink: IU football broke their 15-yr bowl drought just months after Hep died.
OK, so things aren't the same at Assembly Hall ever since Sampson knowingly made too many phone calls and IU eventually lost all their scholarship players (all while Memphis cheated their way to a title), but there are still games that give us goosebumps: the Purdue game was thrilling, as were the Michigan/Minnesota/Iowa wins and Crean's ejection. I dare you to show me a program that can put 16,000 fans in the seats every game with a losing record.
Now that Glass has extended the initial olive branch to Bobby Knight by inducting him into the HoF, another one should be offered for permanently elevating the program to elite status. Please Fred, make it happen.